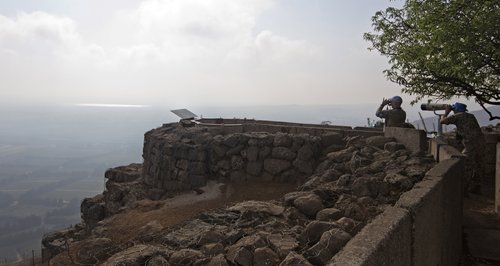 A former Royal Marine from Barnsley who was shot dead while fighting against Islamic State in Syria was 'horrified by the atrocities being carried out by IS'.

Konstandinos Erik Scurfield is believed to have travelled to Syria three or four months ago hoping to provide medical and humanitarian support.

He was killed on Monday while fighting alongside Kurdish forces in the frontline village of Tel Khuzela, Kurdish commander Redor Khalil said.

Mr Scurfield, who was an expert in battlefield medicine, is the first Briton to be killed while fighting IS in Syria.

His family said they were ``reeling'' after receiving the news, which was described as ``heartbreaking'' by friends.

Mr Scurfield's family had recently spoken to Barnsley Central MP Dan Jarvis about their fears for his safety.

The Labour MP, who raised the issue in Parliament last month, said their ``worst fears had been realised'', adding: ``My first thoughts are with the Scurfield family.

'They came to me a few weeks ago very worried for their son's safety and tragically it appears their worst fears have been realised.''

'Erik was an experienced former Royal Marine who was horrified by the atrocities being carried out by ISIS.

``His family's understanding was that he travelled to Syria hoping to provide medical and humanitarian support as an expert in battlefield medicine.''

Vicci Scurfield, the ex-Royal Marine's mother, told Sky News that the family, who live in a detached former farmhouse in the village of Royston, South Yorkshire, was ``reeling''.

The family did not want to say anything else as they returned home but neighbours described their shock at the news.

Mary Jane Hemmings said the news was ``heartbreaking'', adding: ``I've been so shocked. I really am terribly, terribly upset.

'It doesn't surprise me that he went because he seemed to do everything 100% and he seemed to have deep feelings. He was very conscientious, he was a lovely person.''

Neighbour David Miller said Mr Scurfield's parents, Chris and Vicci, are archaeologists and his sister, Georgianna, was a student.

'It's tragic. The children moved away and I'm not sure how Erik got involved in Syria but it would be in keeping with their sense of duty and honour.

'They are good British people and it would make sense that he would go all the way to Syria to fight against ISIS.''

'We can confirm that Konstandinos Erik Scurfield died in battle, probably in Hasakah although the full details are yet to be announced by YPG.''

'It was just awful, to be honest. Just to receive a phone call with that sort of news was just devastating.

'It was so incredibly difficult, it was very, very emotional, she was literally in tears the whole conversation.

'I really just wanted to inform her, to give her a message from the YPG that they have said they would love to bury Konstandinos as one of their comrades in arms, as a hero, but equally they also want to be guided by the family and will respect the wishes of the family.''

'I've got a message from Jordan Matson saying that he is lying with his (Mr Scurfield's) body.

'I think he's been incredibly affected by his death as well, I think he was one of his closest friends.''

Mr Matson, believed to be a former US soldier fighting with the Kurds, paid tribute on Facebook to Mr Scurfield, describing him as a ``disciplined warrior''.

He posted: `Words cannot describe how honored I have been to fight at your side Sehid Kemal (Konstandions Erik Sculfield).

'We were together from his first day here and you couldn't ask for a more disciplined warrior.

'Kosta, as we call him, was from the United Kingdom and was born a Greek citizen. He served both in the Greek army and as a British Royal Marine commando up until he came here. He served with me in Jezza and Shengal.''