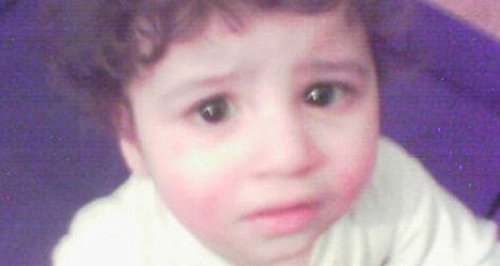 West Yorkshire Police should have made a referral to the Independent Police Complaints Commission when the body of a four-year-old boy who starved to death at his home in Bradford was found almost two years after he died.

reveled allegations of neglect had been made to police and other agencies before his body was discovered in 2011.

Hamzah’s mother Amanda Hutton was jailed for 15 years in October 2013 after being found guilty of manslaughter. After the trial the IPCC contacted West Yorkshire Police to ask for details of the concerns raised with police that had been reported in the media. A referral was then made to the IPCC and the independent investigation began in January 2014.

The IPCC looked at West Yorkshire Police’s response to reports of domestic violence involving Hamzah’s parents, and how they responded when concerns about Hamzah’s welfare were raised.

The investigation also asked why West Yorkshire Police did not refer Hamzah’s death to the IPCC in 2011.

The fact it was not referred hindered the IPCC in its obligation to carry out a prompt and effective independent investigation into West Yorkshire Police’s contact with the family. It also meant that there was no independent oversight of the police response before a serious case review into Hamzah’s death was carried out.

'There was a clear public interest in enabling the Independent Police Complaints Commission to scrutinise the actions of West Yorkshire Police officers after the discovery of Hamzah’s body in 2011.

'The fact that this was not reported to the IPCC until after a serious case review had been completed in 2013 meant that that process was completed without any independent scrutiny of police action.'

Two officers chose not to make a referral to social services after specific allegations of neglect were made during an interview with Hamzah’s father on 9 December 2008. The IPCC found that a number of referrals had already been made, one of which was made only five days before the interview with Mr Khan. A further referral to social services could have been made but there was no requirement for the officers to do so.

The IPCC investigation concluded that Hamzah’s death was not something West Yorkshire Police could have reasonably been expected to predict or prevent, and that it was the actions of a PCSO who made repeated and concerted attempts to speak to Ms Hutton that led to the discovery of Hamzah’s body.

The IPCC found no misconduct on the part of any officers.

Ms Butts added: “Nothing could have reasonably been done by West Yorkshire Police to predict or prevent this horrendous case of child neglect. In fact, it was the tenacity of one of its officers that led to the eventual discovery of his body.”