Hull "Hero" Has Been Found

Police have traced a man they say helped one of their officers, as he lay seriously injured in a street in Burstwick.

A passer-by who stopped to help tend to a police motorcyclist who was hit by a car and later died has been hailed a "silent hero'' by the officer's colleagues.

Humberside Police said they plan to get in touch with Paul Ferreira, who came to the aid of Pc Russ Wylie after the collision in April, after he was identified within hours of them posting an appeal online.

Pc Wylie, 28, was a roads policing officer with the force, and died 24 hours after colliding with a Mitsubishi 4x4 on Daisy Hill Road, in Burstwick, East Yorkshire, on April 13.

Police had been trying to find out who the mystery helper in the pink top was since the incident, to thank him for his help in performing cardiopulmonary resuscitation alongside an off-duty trainee paramedic and another police officer who had been travelling with Pc Wylie.

Chief Inspector Mike Dring, from Humberside Police, said the trio's actions had given Pc Wylie an extra day of life, during which his family could say goodbye and allowing him to become an organ donor for five people.

Mr Ferreira commented briefly on Facebook to confirm he was the man in question, while a friend added that he was "a bit embarrassed'' by all the attention.

Mr Dring said Mr Ferreira had stopped to help and not demanded any recognition for his "heroic'' actions.

He said: "Not only would the force like to thank this man in person for what he did for Russ, I want him to know his actions kept him alive for a further 24 hours, which gave his family time to see him alive and allowed Russ to carry out his wish of being an organ donor.''

He added: "I am incredibly grateful to this man. To have helped the way he did, and then simply slip away from the scene are the actions of someone doing what is right but not expecting any recognition.

"It is important to us all on a personal level that we trace this man. We all want to update him on how much of an impact his heroic actions have made to the gravely-ill five patients, to Russ's family and his friends and colleagues.''

The online appeal was shared hundreds of times, and people hailed the tale as "heartwarming''.

One person said: "Well done Paul, a great guy, I'm glad there are folks like you around in this world. Thoughts are with the officer and his family, as a proud parent of someone on the thin blue line, this is heartwarming. Much love and respect.''

Another wrote: "A tragic loss to family and friends but how fantastic to go the extra mile to help. How amazing are some people. Restores your faith in humanity.''

At the time of his death the force paid tribute to Pc Wylie as an experienced, highly respected and popular roads policing officer.

Humberside Police said its chief constable, Justin Curran, would like to officially recognise the actions of all those who helped Pc Wylie that day. 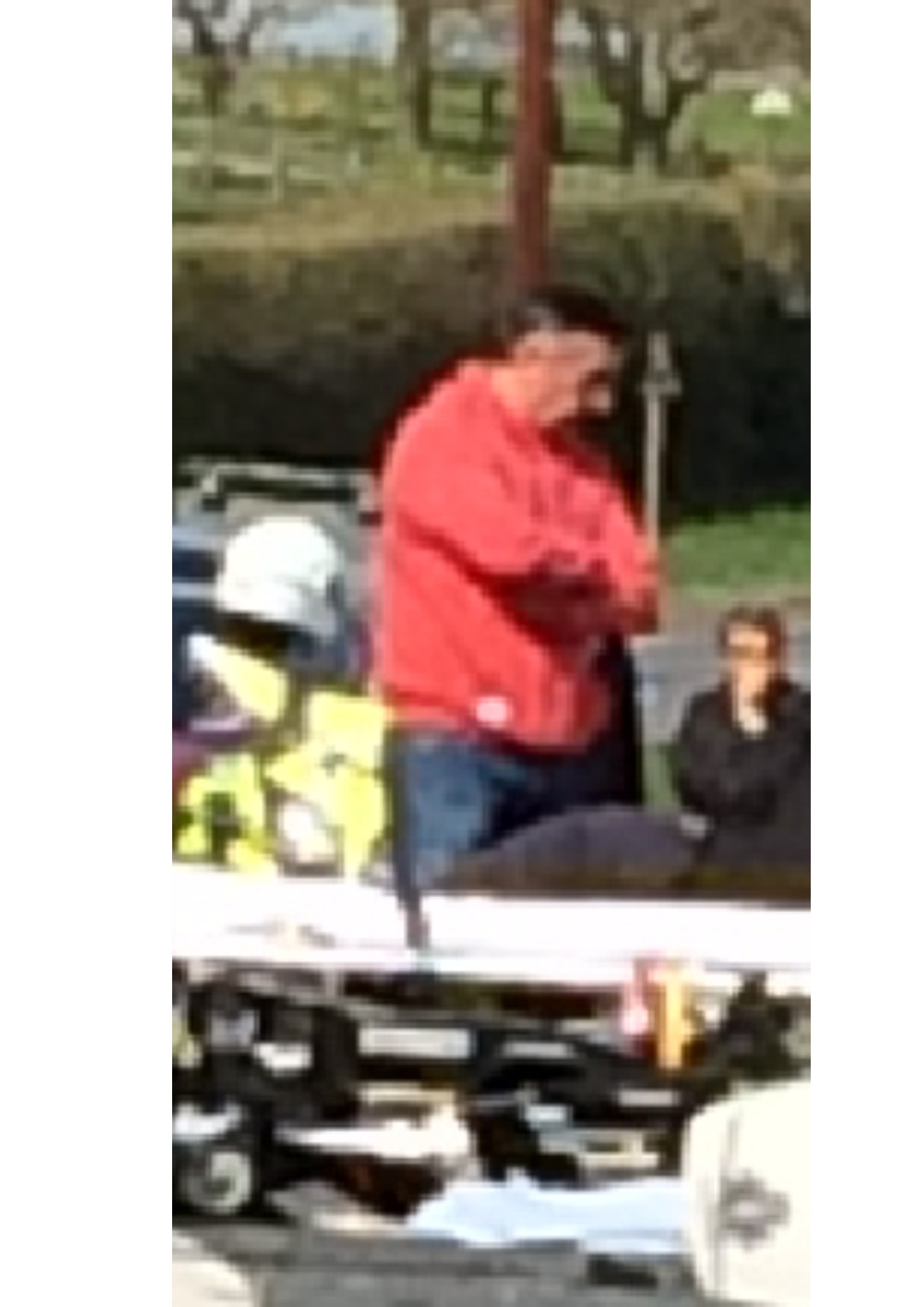