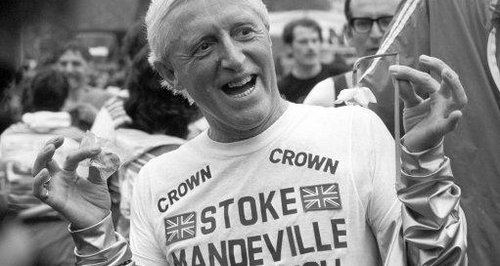 Nine informal complaints were made about paedophile Jimmy Savile at Stoke Mandeville Hospital but none 'were either taken seriously or escalated to senior management', a report into his abuse of 60 victims there has found.

A formal complaint about the depraved children's entertainer was also made but dropped due to the victim's ill health, the report released today into his 24-year campaign of abuse there said.

A second report, into how Savile abused hundreds of other victims under the eyes of NHS staff at 41 hospitals around the country, was also released, setting out a string of recommendations to ensure it cannot happen again.

The findings raise questions about the role of the government at the time in 'undermining statutory or conventional governance processes' after the Department of Health made him chairman of trustees for a charity appeal in the 1980s, the report by Kate Lampard - who was appointed by Health Secretary Jeremy Hunt to oversee the investigations - said.

They also indicate 'the need for us to examine safeguarding arrangements in NHS hospitals, the raising of complaints and matters of concern and how managers and staff respond to complaints'', the independent report added.

Evidence from Savile's victims at Stoke Mandeville suggest his shocking behaviour was an ``open secret'' as early as 1973 after he started working at the Buckinghamshire hospital as a voluntary porter ``with no checks, monitoring or supervision in place''.

Thirty-seven of his victims, who included hospital patients, visitors and staff, were interviewed for the report and told of behaviour ranging from groping to rape.

They include children as young as eight and adults, including a pregnant mother in her 20s in hospital with her sick son and a 19-year-old paralysed woman in a wheelchair.

One victim, aged 18 at the time, recalled that the DJ climbed into her room through a window to molest her as she was heavily sedated and recovering from burns to her hands in 1973. He also spoke to her about her private life, suggesting he had read her medical records, the report said.

He groped the paraplegic woman after taking her for dinner to thank her for fundraising towards the hospital's National Spinal Injuries Centre in August 1973, forcing himself on her in the back of his car while his driver sat in the front.

The report noted: ``The ward nursing staff had tried to warn her before she went that Savile had a reputation, and when Victim 9 returned to the ward she told the nursing staff what had happened. It appeared to be an open secret that Savile was a 'sex pest'.''

The 348-page report, released today following repeated delays as new information came to light, said: ``Savile was an opportunistic predator who could also on occasions show a high degree of premeditation when planning attacks on his victims.''

Despite his sleazy behavior upsetting junior staff from the outset, ``Savile was feted by senior managers as an important part of hospital life''.