LGI Apologises To Family Of Boy Who Died After Heart Surgery 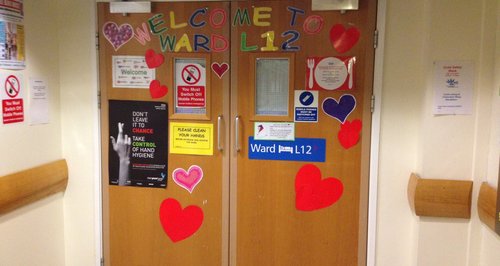 A Leeds hospital at the centre of a debate about the future of children's heart surgery has apologised to the family of an 11-year-old boy who died after an operation.

His parents Sharon and Kevin Brough said they hope lessons have been learned at the hospital unit, which has been under a spotlight since it was scheduled for closure as part of a nationwide review of children's heart surgery and was then reprieved after a vigorous local campaign.

'Over four years later our family are still absolutely devastated over the loss of Bradley - he was a lively and loveable child who brought so much happiness to our lives.

'He wanted to be a writer when he grew up so that he could write books about his experiences to help other children with similar conditions to his.

'We do not think the standard of care Bradley received by medical staff at Leeds General Infirmary was acceptable and more should have been done so he could be with us today.

'We are pleased that the trust admitted responsibility for the mistakes made during Bradley's care at the hospital. We have now received a settlement which marks the end of the legal battle, but we just hope that lessons can be learned to make sure that each and every patient gets the care and support they need and that no other families are faced with the horrendous ordeal we are going through after losing our son.'

Mrs Brough said her son was born with a number of problems including a congenital heart condition which required operations at LGI. He was admitted for further surgery on October 11 2010.

The family said that only after the 10-hour operation was completed were they told that Bradley had been taken to the intensive care unit. They said his condition deteriorated rapidly and another operation could not determine the problem.

Surgeons tried again the next day and Bradley's parents were told this surgery had been a success, but they said he deteriorated further with his pupils becoming dilated and unreactive and his eyes began to bulge from his head.

Scans and tests showed Bradley had a large cerebral haemorrhage and that a large section of his brain had become unresponsive. He died with his family at his bedside on October 13.

Nihal Weerasena, the surgeon who carried out the operation on Bradley, has not carried out any surgery since March 2013 under a voluntary agreement and is under investigation by the General Medical Council (GMC).

'We are pleased that following an admission from the trust we were able to secure a settlement and an apology for the family and in turn secure justice in Bradley's memory.

'His family would like assurances from the Leeds Teaching Hospitals Trust that lessons have been learned by medical staff and that other families will not have to go through the pain they have after losing their son.'

The LGI unit had been earmarked for closure, along with one in Leicester and the Royal Brompton in west London as part of a nationwide plan to streamline children's cardiac surgery into fewer, more specialised units.

But, after a fierce campaign and two legal challenges, Health Secretary Jeremy Hunt halted the plan and ordered NHS England to re-evaluate the whole process.

In 2013, shortly after the LGI campaigners' key legal victory, operations at the unit were suspended for more than a week due to fears over mortality rates and other concerns brought to the attention of NHS England.

The move provoked huge anger and debate, especially as parents and clinicians from the unit linked it to the continuing controversy about which children's heart surgery units were to be closed.

A series of detailed reviews into the unit since that closure has found the centre to be safe, but controversy continues over the future of children's heart surgery at Leeds and the other centre in the north-east of England, in Newcastle.

'On behalf of the trust I want to apologise to Mr and Mrs Brough for the distress and anguish caused by Bradley's tragic death and the errors that were made during his last surgical treatment.

'Lessons from Bradley's death have been learned by the clinical team and changes have been put in place as a result.

'I can confirm a settlement has now been reached with Bradley's family, and once again would like to stress our sincere condolences to them.''

In relation to the broader issues surrounding the heart unit, Dr Oade said:

'In October 2014 the final report into the Leeds children's heart surgery unit was published.

'This provided a conclusion to the four independent reviews into the care, mortality rates, governance and family support at the unit, which have taken place over the previous 18 months. No other children's heart unit in the UK has been the subject of such intense review and scrutiny in recent times.

'It is important to stress the overall conclusions were that the service is safe and running well.

'As with any report of this nature, a number of recommendations were made about ways in which we could improve the service further and already significant progress has been made in implementing these across the unit. In addition the findings have helped in the development of NHS England's national standards for congenital heart disease, which are due for publication later this year.

'The trust has previously apologised to the small number of families where care and support were not to our usual high standards. We have made significant changes to our services to improve this experience and ensure we are as supportive as possible during such a difficult time.''