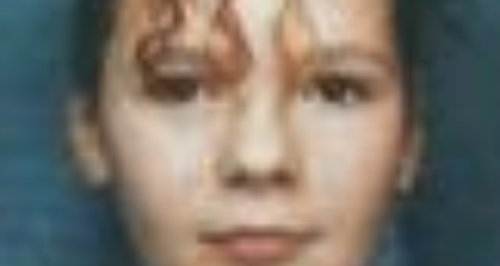 The sister of a murdered Hebden Bridge teenager has spoken for the first time about the effect the death has had on her and her family as they mark 20 years since her body was found.

More than two decades have passed since 13-year-old Lindsay Jo Rimer was last seen in the town on 7th November 1994. The last known sighting of her was at just after 10.22pm at the Spa shop on Crown Street.

And Sunday (12 April) marks 20 years since her body was finally located - in the Rochdale Canal, bringing to an end a massive five month search for her.

In a bid to help catch the person or persons responsible, her sister, Kate Rimer, has filmed a short video about the how the past 20 years have been for her and her family.

It is the first time Kate has spoken publicly about the ordeal and she was close to tears during the emotional video.

'I was 20 at the time and still remember when mum called me to say my little sister was missing. I felt instantly that something was wrong.

'And then five months later she was found.

'From the beginning we have been filled with grief and we cannot stop the grief and instead remember her with love until this comes to an end.

'We miss her so much but every memory of her is tainted – it is so painful and bleeds into everything we do.

'It is about time this came to an end – it is a life sentence for this family.

'I now live on the South Coast and when my daughter started school the teacher had moved from Bradford and, on noticing the surname, asked if she was related to Lindsay.

'She had to say that Lindsay would have been her auntie.'

By taking the difficult decision to speak out for the first time, Kate is hoping that either the killer will finally admit what they have done or someone who knows the killer or has been keeping suspicions back, decides to come forward.

Detective Superintendent Simon Atkinson from the Homicide and Major Enquiry Team (HMET) is leading the investigation. He said:

'We did a massive round of publicity on the anniversary of Lindsay's disappearance and that helped generate some important leads that we are following up.

'Despite the passage of time publicity like this really helps and our appeal last time helped us find someone who was in the supermarket at the time when Lindsay was last seen.

'It is information like this that can really help an investigation. We are, however, still waiting for that one 'golden nugget' of information that will finally crack the case and bring closure to Lindsay's grieving family.

'Anyone who watches the clip of Kate's interview will be moved by what she has to say. It is clear that the pain still runs as deep as it did 20 years ago and nothing will ever completely erase the memory but bringing Lindsay's killer to justice will at least bring some closure to the family.

'Someone somewhere knows what happened to Lindsay and I am appealing again, directly, to that person to come forward and help me solve the case.

'For 20 years Lindsay's family have had to live with the pain and the hurt of not knowing what happened to her as her killer continues to enjoy their liberty."

On November 7 1994, Lindsay left her home on Cambridge Street, Hebden Bridge, to go to the shops. She paused briefly at the Trades Club on Holme Street where she met her mum before moving on to Crown Street.
On Crown Street she went into the Spa Shop and CCTV from the store

shows her buying the cornflakes at 10.22pm. It is not known what happened to her then.

'All we know is that Lindsay's body was found five months later on Wednesday April 12, 1995, with the ultimate indignity to her and to her family that her body was left to rot in a watery grave.

'Someone prepared to do this doesn't deserve any protection. It is time they were brought to justice."