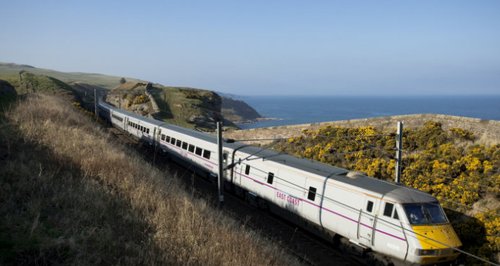 Sir Richard Branson's company Virgin will from next year be running the UK's two main London to Scotland rail routes.

The Government announced today that a consortium involving Virgin Group and transport company Stagecoach had been chosen to operate a new eight-year East Coast franchise starting in March.

Virgin and Stagecoach already operate the West Coast main line and have promised improved services on East Coast which has been run in the public sector since 2009.

Transport Secretary Patrick McLoughlin said the new franchise was ``a fantastic deal for passengers and for staff on this vital route'' and would give passengers ``more seats, more services and new trains''.

But shadow transport secretary Michael Dugher said the travelling public had been ``sold down the river'' and added that he had written to the Department for Transport's permanent secretary asking him to postpone the East Coast franchise process.

Transport unions, upset that East Coast has not remained in the public sector, described the franchise announcement as ``an utter betrayal'' and an example of ``sheer political spite''.

There had been speculation that a consortium of Eurotunnel and French company Keolis, which is 70% owned by French state railway SNCF, had been chosen as the new East Coast operator.

But Eurotunnel/Keolis missed out, as has the other shortlisted bidder, FirstGroup, which has recently also lost its First Capital Connect and ScotRail franchises.

Under the terms of the eight-year franchise there will be:

Over the next eight years Inter City Railways will pay the Government around £3.3 billion to operate the franchise.

'We are putting passengers at the heart of the service. I believe Stagecoach and Virgin will not only deliver for customers but also for the British taxpayer.

'This Government knows the importance of our railways. That is why they are a vital part of our long-term economic plan, with over #38 billion being spent on the network over the next five years.'

'A passion for customers, employees and the community is at the heart of our plans for the franchise. We want to build on the quality and pride of the people who will be joining our team.'

'We're delighted to have been chosen. Our long-term partnership with Stagecoach has seen a revolution in customer service standards, great product innovation, reduced journey times and improved timetables on the West Coast mainline.

'We plan to deliver similar success on the East Coast.'