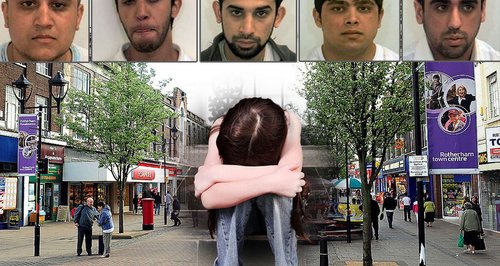 A new investigation into child sexual exploitation (CSE) in Rotherham has so far identified around 300 possible suspects, the National Crime Agency (NCA) has said.

NCA's senior investigating officer Steve Baldwin said the 1,400 CSE victims in the town who were identified by Professor Alexis Jay last year in her damning report on what happened in the town was a 'very good estimate'.

The NCA investigation - Operation Stovewood - began in December after the agency was asked to intervene by South Yorkshire Police.

This followed Prof Jay's report which painted a shocking picture of hundreds of children being raped, trafficked and groomed by mainly Asian gangs in Rotherham between 1997 and 2013.

The report, which was published in August last year and was highly critical of police and local authority actions over 16 years, shocked the nation and led to a wave of high profile resignations.

He said they had examined 47 boxes of written material, including 1,500 files, from the outreach group Risky Business alone - an organisation which tried to help many of the alleged victims.

The officer confirmed most of the potential suspects were Asian men and most of the victims were white British girls and young women.