Ex-miner Tommy Ward, was found badly injured at his home in Salisbury Road, Maltby, Rotherham, on October 1 and around £30,000 was thought to have been taken.

The great-grandfather of 15, who weighed just 9st, died on Tuesday night in Rotherham Hospital, where he had been receiving treatment since the attack.

South Yorkshire Police said a post-mortem examination will be carried out to determine the cause of death.

Detectives said a safety deposit box was taken in the break-in, and a similar one was found in the Kilnhurst area two weeks after the attack.

Detective Chief Inspector Vicky Short said:
"The police investigation surrounding what happened is very much ongoing and officers would still like to speak to witnesses, or anyone who has information about what happened.

I urge anyone who has even the slightest piece of information to come forward and tell us what you know.''

Anyone with information should call South Yorkshire Police on 101.

Two 19-year-old men were previously arrested on suspicion of attempted murder and burglary. They have been released with no further action.

After the attack Mr Ward's daughter, Jackie Perry, described his attackers as "animals'' and said they had "no conscience'

They released this picture of his injuries: 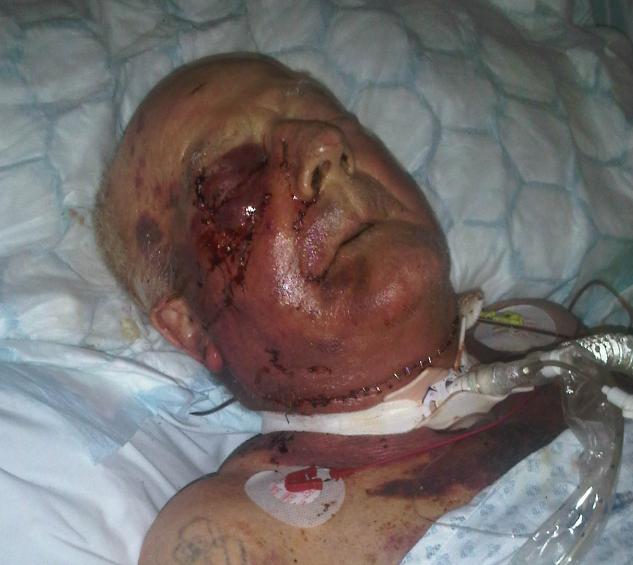