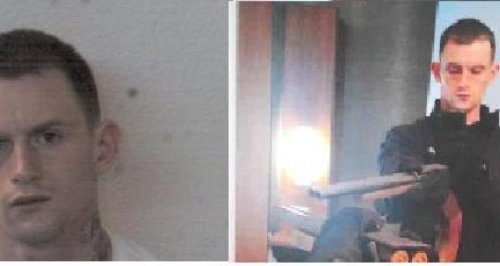 A Sheffield man has been jailed for six years after police found a picture of him posing with a shotgun on his mobile phone.

On Saturday, 28 June 2014, police arrested Cooper on Adkins Road, Sheffield on suspicion of driving offences and possession of cannabis.

Whilst in custody, officers found a ‘selfie’ on his mobile phone showing him posing with a shotgun.

A search was conducted and officers later recovered a sawn-off shotgun with ammunition. Following forensic work, Coopers fingerprints were found on the firearm and he admitted to possessing a prohibited weapon and cannabis.

'This investigation demonstrates our commitment to tackling gun crime and those involved in the possession of illegal weapons. We hope that this sentence will deter other young people from becoming involved in these types of crimes.'