Dig out your lycra and get your bunting ready... the full route for the Tour de Yorkshire 2016 has been announced!

The 3 day race sets off on the 29th April 2016 and will take the 18 teams of eight riders to all four corners of Yorkshire.

Stage One begins in Beverley, home to one of England’s finest Minsters, before the peloton races to Tadcaster and on to Knaresborough which was the scene of some of the biggest crowds for the Tour de France in 2014.  Taking in some of the Grand Depart 2014 route, a series of climbs takes the riders past Brimham Rocks before a finish in Settle.

On Stage Two, men and women will face exactly the same stage which starts in Otley, home of the current women’s road World Champion Lizzie Armitstead.  From Otley riders travel south, on roads not raced on in the Tour de France or Tour de Yorkshire, towards Conisbrough Castle and on to Doncaster.

Stage Three will be familiar to those who raced in 2015, starting in Captain James Cook’s home town of Middlesbrough, then into Herriot Country before tackling the infamous Sutton Bank, the first of six King of the Mountain points in just one stage.  Riders then head over the North York Moors and down towards Scarborough for what promises to be a thrilling finale and a race to the very end. 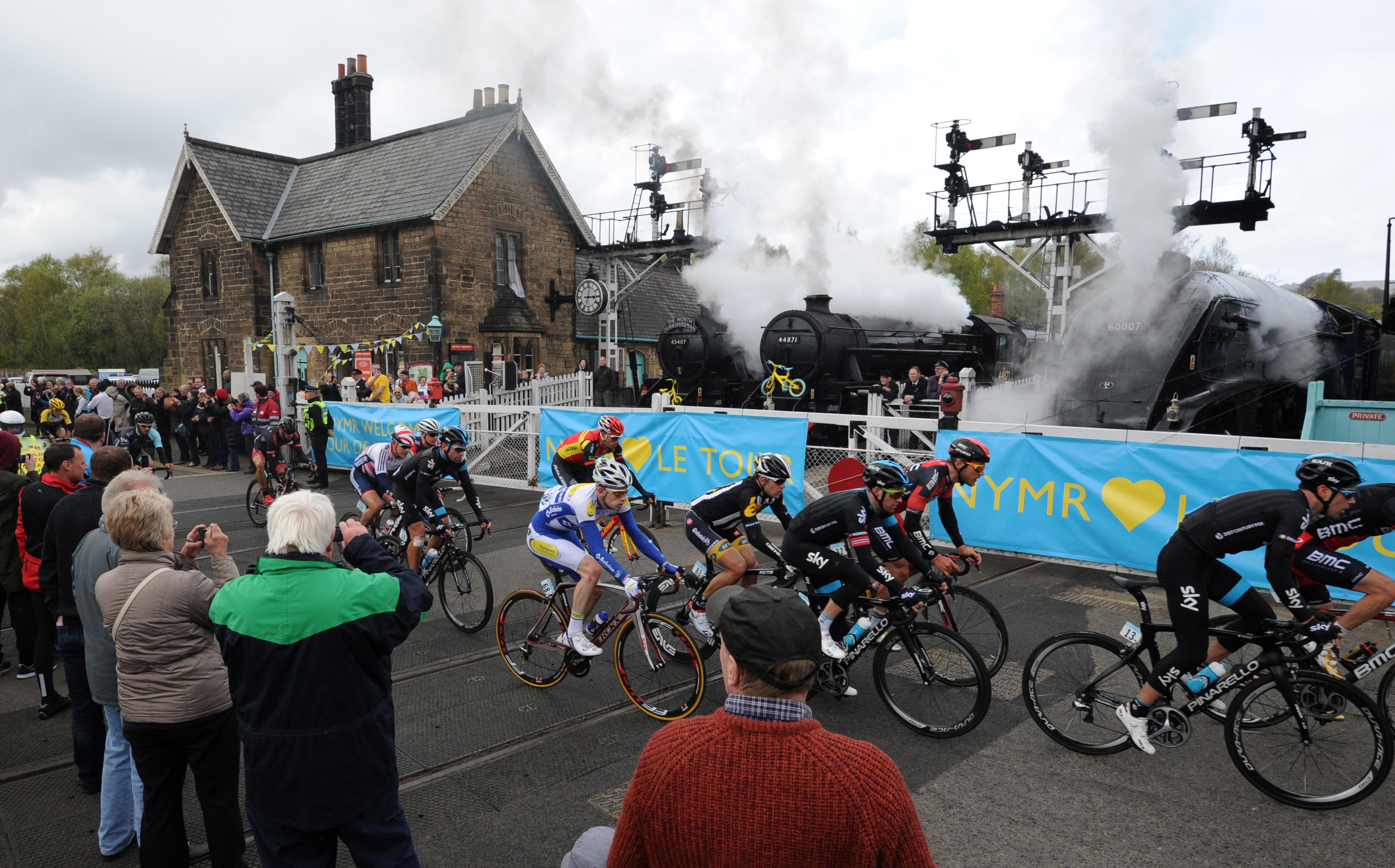 “For next year’s race we’ve selected routes which showcase Yorkshire’s stunning scenery and will also deliver an excellent sporting event. Our first race was phenomenally successful, bringing 1.5 million spectators to the roadside, generating over £50million for the regional economy and being broadcast around the world - not many races can say that.  The stages we’ve revealed today are eagerly anticipated by fans, riders and teams and we have all the ingredients for another spectacular race which will bring the crowds back out.”

“I am always happy to be back in Yorkshire and today marks an important milestone for the race. Feedback from teams and riders last year was excellent and this year we have three stages which together create a race right to the end; the final King of the Mountain points are barely six kilometres from the final finish line.”