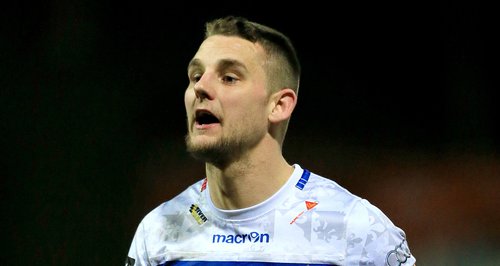 Wakefield Wildcats player Richard Owen has been placed on indefinite compassionate leave after agreeing to go into rehab.

He's going to the Sporting Chance Clinic, that provide specialist addiction and recovery facility for athletes.

The 25-year-old, who is in his first full season with the Wildcats after joining them from Castleford just over a year ago, has appeared in 18 out of a possible 22 matches this season.

However, he was left out of team for last Sunday's game at Hull by coach Brian Smith and has been placed on indefinite compassionate leave.

The announcement comes in the wake of Super League round 20, which was devoted to the State of Mind charity.

It raises awareness of mental health issues in the game, and Owen's club have applauded the player's decision to seek help.

A statement from the club said:

"Wakefield Wildcats can confirm that Richard Owen has voluntarily agreed to enter a rehabilitation programme with the Sporting Chance Clinic.

"The club applauds Richard's initiative in this decision and the club will continue to fully support Richard throughout this process.

"In order to allow Richard to focus upon his recovery, the club has agreed, that Richard will be made unavailable for selection for the foreseeable future.

"The club would like to thank Sporting Chance and the RFL for the opportunity afforded to Richard to undertake such specialist treatment.

"We would ask that all supporters and members of the press respect Richard's privacy during this very important time.

As a result the club will be making no further comment at this time.''