Umberleigh: Police Want To Speak To This Man 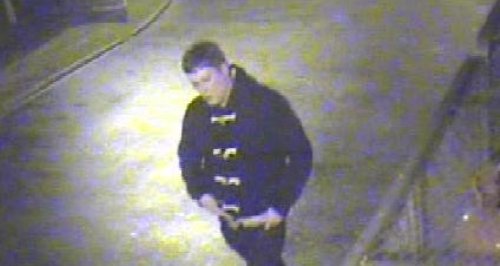 CCTV picture of a man police would like to speak to in connection with an alleged arson attack.

Police in Barnstaple have released a picture of a man they would like to speak to in connection with an alleged arson attack at Fishleigh Rock Service Station, Umberleigh, north Devon, in the early hours of Monday 21March.
Police need help from the public to identify the man shown in CCTV footage in order to assist with ongoing enquiries.
Anyone who knows the identity of the man pictured is asked call police on 101, quoting crime reference number CS/14/194, or alternatively contact Crimestoppers anonymously on 0800 555 111.