No Charges Being Brought Against Melanie Hall Murder Suspect 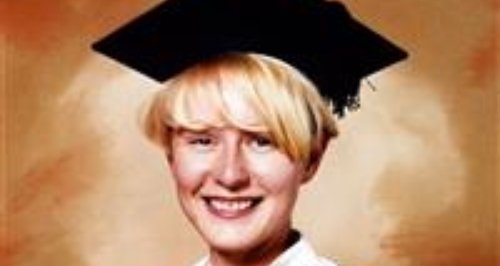 Prosecutors have ruled there is "insufficient evidence'' to charge a man with the murder of university graduate Melanie Hall nearly 20 years ago.

The 45-year-old from Bath was arrested on the 19th November 2013 on suspicion of the 25-year-old's murder and had been on police bail pending the charging decision.

Avon and Somerset Police passed a file of evidence to the Crown Prosecution Service (CPS), who have announced they would not charge the man.

Miss Hall, who worked at the Royal United Hospital in Bath, vanished after a night out at Cadillacs nightclub in Walcot Street, Bath, in June 1996. In 2009 her remains were found by the side of the M5 by a workman who was clearing vegetation on the slip road at junction 14, near Thornbury, south Gloucestershire.

Earlier this year, police appealed for information about the owner of a white VW Golf GTi hardtop, reg C752 CYE, during the summer of 1996.

"Having carefully reviewed the file presented to the CPS by Avon and Somerset Police in line with the Code for Crown Prosecutors, I have decided that there is insufficient evidence to charge anyone in relation to the disappearance of Melanie Hall.''

"We respect the decision of the CPS and will continue to work with them as this investigation continues."

Speaking last year, Miss Hall's father Steve spoke of his hope that his daughter's killer would be brought to justice:

"Gradually the pieces of the jigsaw are being put together to bring Melanie's killer or killers to justice. We always knew it would take a long time, but these new developments appear very encouraging. It's time for whoever has information about Melanie's murder to come forward and bring this to an end - because it will come to an end eventually. The police won't give up until they get a result.''