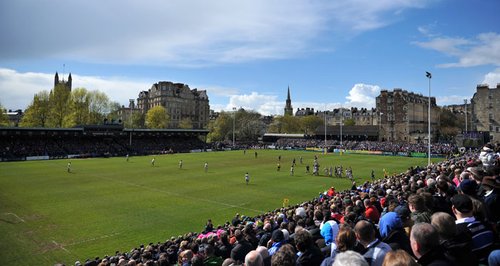 Bath Rugby will unveil the designs for its new arena at the Club's second consultation event.

The Club held its first consultation regarding the future of its facilities at The Rec over two days in September. Over 1,000 members of the public attended to view initial proposals and leave their feedback.

The second consultation will give people the chance to see artist impressions and plans of the new arena and leave feedback about the design proposals. Members of the public are invited to attend on Friday 15th November from 12pm-7pm at The Guildhall, and on Saturday 16th and Sunday 17th from 11am-4pm at The Recreation Ground.

Only 2% opposed the initial layout and footprint proposals and less than 1% said they believed Bath Rugby should move away from The Rec.

Bath Rugby is hoping to redevelop its arena at The Rec to improve its appearance, allow additional capacity for supporters, and to upgrade the facilities on offer which currently fall far below Premiership standards. The redevelopment will also provide the opportunity to make improvements to the riverside area.

In addition to completely redeveloping the West Stand and North Terrace, it is proposed that the East Stand will be covered and will continue to be a seasonal temporary stand that is removed each year to allow The Rec to be used for other sport, leisure and cultural events.

'We're excited to reach the stage where the designs will be on show to the public. We feel that the designs are ambitious and contemporary, whilst showing due respect for the historic context of the site and its location in a largely residential area.

'We had a fantastic response at our first consultation, both in terms of the number of people who attended and the overwhelming support we received for our ambition to improve the facility and to keep rugby at The Rec.'