Shoppers in Bedfordshire were left wondering which way was up - after workmen became very confused themselves.

Drivers were left confused in Ampthill this morning after a road sign was installed earlier on today (Friday, October 18).

The lettering appeared at the entrance of the Waitrose car park next to Natwest in Church Street, not only painted partially backwards, but also upside down.

The picture has been shared across social media with one user suggesting that perhaps the workmen who painted it were going for the Banksy effect. 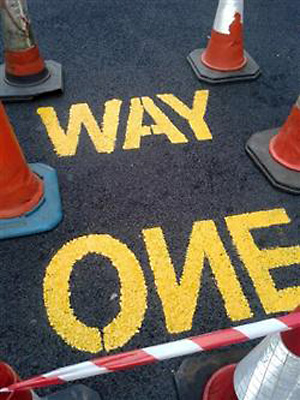