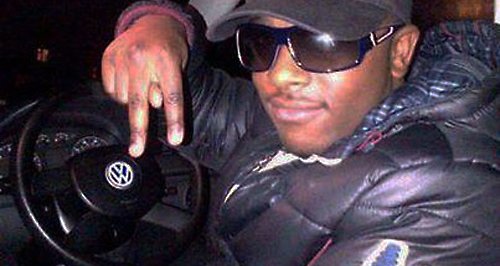 Police investigating the death of a 19 year old rapper stabbed in Bedford say they're confident there wasn't a racial motive for the attack.

Detectives are continuing to ask for the public's help with their investigation into the death of Isaac Stone (pictured), who was stabbed in Costin Street on the evening of Saturday 25 January 2014.

At around 6.20pm, Bedfordshire Police received reports that a man had been stabbed and despite officers and paramedics quickly attending the scene, he died a short time later.

A 20-year-old-man, who sustained significant injuries, was arrested on suspicion of murder but has been released on police bail pending further enquiries.

A number of people are believed to have run from the scene and Detective Chief Inspector Jon Hutchinson from the Major Crime Unit is keen to trace anyone who may have information relating to this inquiry.

DCI Hutchinson said: “We have already received a great deal of information about what happened on Saturday evening and detectives now have a much clearer picture of the events that led to this tragic incident where a young life was lost.

“It is clear that this was a targeted attack, we are confident that there was not a racial motive behind the murder and it is more than likely that the victim knew who his attackers were.

“A number of people were seen running from the scene who may have been involved and our task continues to be identifying and tracing anyone who was present or involved in the assault.

“If you were one of these people but only witnessed events then we need you to come forward and assist us with this investigation. Anything that you tell us will be treated in strict confidence."

Officers executed three warrants at addresses in Bedford and Shortstown early in the week of Monday 27 January as they continue their investigation.

Anyone with information can contact Bedfordshire Police, in confidence on 101, or text information to 07786 200011.  Alternatively you can contact Crimestoppers anonymously, on 0800 555 111.