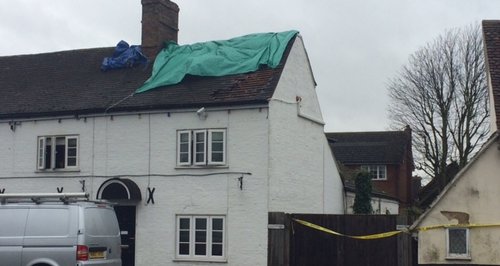 The fire was spotted by a member of public who saw smoke coming from the roof of the house next to the shop on the high street.

A call was then made to the fire service at 6:15pm.

Crews used an aerial platform to extinguish the fire that was mainly in the roof of the property.

They then left the scene at around 9:11pm.

The people inside the property all got out safely and were helped by the British Red cross.

An investigation has now started into the cause of the fire, which has left substantial damage to the property.

It's not thought to have been anything suspicious.