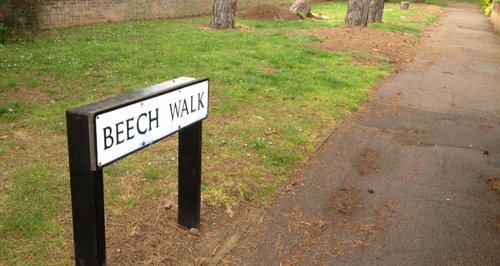 Bedfordshire Police are investigating after a 12 year old girl was assaulted and threatened with a knife in Kempston.

The young girl was making her way to school along Beech Walk at around 8.50 when she was approached by a man.

He pushed her to the ground, before threatening her with a knife, and leaving the scene.

The girl managed to make her way to school and raised the alarm.

Police Sergeant Richard Dickson, investigating, is keen to trace anyone who was in the Beech Walk area this morning and saw what happened.

PS Dickson said: "This was an unusual incident and all schools in the area have been warned and extra police patrols are taking place.

The young girl was bruised during the incident and left extremely frightened, but is otherwise unhurt.

Officers are now trying to trace the man, who is described as having an Asian appearance, with a large build and dressed in black clothes with a hooded top.

I would urge anyone who has seen a man matching this description in the area or anyone who saw the incident this morning to contact officers as soon as possible."

Anyone with information relating to this crime is asked to contact PS Dickson at Bedfordshire Police on 101, or text information to 07786 200011.

Alternatively they can contact the independent crime fighting charity Crimestoppers, anonymously, on 0800 555 111.