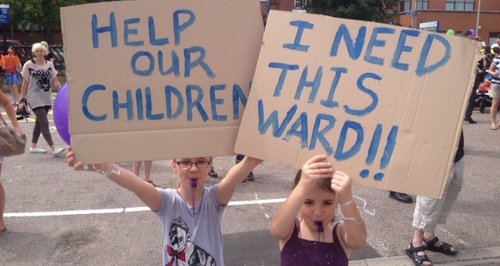 Around 200 parents and children have protested outside Bedford Hospital over cuts to Paediatric care.

In less than a weeks time the Riverbank Ward will no longer see children who need major or overnight care.

Some of the parents protesting said their children have received good care on the ward in the past and want to keep their local service.

They're now being told to go to other hospitals in the region like Milton Keynes General or the Luton & Dunstable.

Mother Fiz told Heart she thinks there could be lives lost:

But he told Heart they wont make a difference: