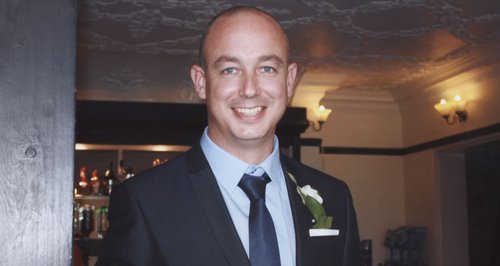 Ryan Sheppard has been sentenced to 12 years and three months in prison for the murder of Mark Roberts in Weston-super-Mare.

35 year old Mark (pictured above) died in hospital on Sunday October 13, 2013, a day after being assaulted as he walked home. An investigation into the assault began immediately and after Mark died it became a murder investigation. Ryan Sheppard (now 18 and pictured below) was arrested on the day of the assault and has been in custody since then.

Following a detailed investigation Sheppard appeared at Bristol Crown Court in April and pleaded guilty to murder. Today (Monday August 4) he returned to court and was given a mandatory life term and ordered to spend a minimum of 12 years and three months in prison before he is eligible for parole.

“Mark died following a brutal and unprovoked assault as he walked home following a night out. There was no reason for Ryan Sheppard to suddenly turn on Mark and beat him to death but that is what happened. Now, as he begins a lengthy prison sentence, he must face up to the consequences of his actions.

This murder sent shockwaves through the community and left people feeling stunned, angry and upset. I would like to thank the community for their support as we investigated Mark’s death and I hope the result today demonstrates our determination to investigate violent crime and put offenders before the courts.” 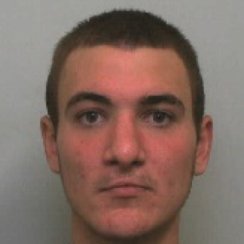 Speaking after Mark’s death last year his parents Lesley and Andrew Roberts paid this tribute to their son:

“Mark was our only son, loved by us, his sister Rachel, fiancé Zara and his extended family and friends. His loss has devastated us all and we do not know what life is going to be without him. It is unimaginable.

Mark has always worked hard since leaving school and he had many interests. He was captain of his skittle team “The Wheatsheaf Boys” in the Puritan and District League and an avid carp angler. He loved sports especially cricket, football, rugby, snooker and darts. Everyone who knew him will know he was a massive Guns ‘n’ Roses fan. He loved history, especially the first and second world wars, and we’d watch history programmes together. We had even talked about maybe one day visiting the D-Day landing beaches.

Last year [in 2012] Mark found the woman he wanted to share his life with, and recently became engaged. He has been robbed of becoming a father, step-father and uncle.

There are numerous people we want to thank including the first people to help Mark and the staff in Weston General Hospital’s A&E and ITU departments. The care given to Mark was exceptional and we were treated with kindness and compassion. We cannot praise and thank them highly enough.

The police are doing a fantastic job not only with their investigation but by supporting us as a family. There are not the words to express our thanks to them.

Mark would have helped anyone in life, and his death has now helped others to hopefully go on to lead a normal life.

We are overwhelmed by the response from the public, even those who didn’t know Mark and we are extremely grateful for their kind words and sympathy.”