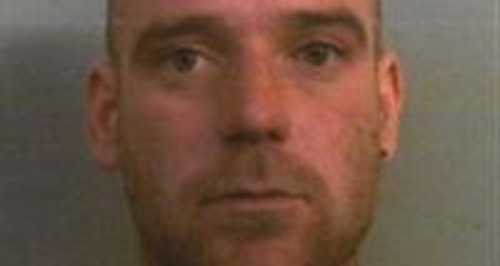 A 34-year-old man who challenged police officers to 'come and find him' when he answered the mobile phone of a woman he had just raped has been jailed for six years.

Matthew White, of Witcombe, Yate, was convicted of rape and attempted rape following a trial in November and has been sentenced at Bristol Crown Court to six years for each offence, with the sentences running concurrently.

White met the victim, a 19-year-old woman, outside the Oceana nightclub in Bristol at around 2am on 25 August 2012.

She had become separated from her friends and allowed White to take her back to her hotel, but he instead took her to his former address in Gordon Road, Clifton, where he raped her.

The victim managed to escape wearing just a pair of boxer shorts and was helped by members of the public. Her clothes and mobile phone had been left behind. She was unable to lead police to his address as she was not familiar with the Bristol area, so officers called her mobile phone. White answered and said to an officer: "If you're the police, come and find me".

Investigating officer Det Con Alan Smith said: "I would like to praise the courage of the victim for making the initial complaint and then supporting our case throughout. "I hope her bravery gives other victims of rape and sexual assault the confidence to come forward and report crimes to us.

"During the course of our enquiries, we managed to obtain CCTV images of White and publish them. When he saw the images of himself he was left with no choice but to hand himself in.

"During police interviews and throughout his defence case, White tried to claim they had consensual sex, but the evidence was too strong and the jury saw through his excuses and have convicted him of both counts."

Det Con Smith added: "We are continuing with our enquiries into Matthew White and would like to speak to anyone who has been affected by this case.

"I would particularly like to speak to a woman who may have left a mobile phone at White's home in Gordon Road, Clifton, after spending time there."

Call the charity Crimestoppers anonymously on 0800 555 111 or via www.crimestoppers-uk.org We never ask for your name or trace your call. You can also contact us in confidence via the police website. For more information about rape and sexual assault, how to report it and where to get help visit www.rapeaware.org