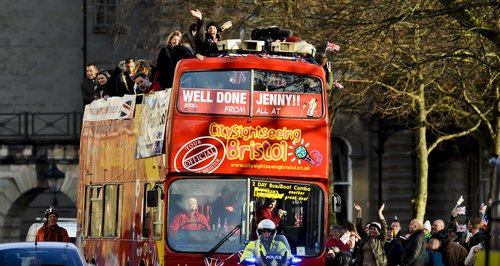 Hundreds lined the streets of the city to cheer home Jones, the first Briton to win a medal on snow at the winter Olympics in 90 years.

Jones, 33, who won bronze in the snowboard slopestyle event at Sochi, visited pupils and staff at Hambrook Primary School.

She then went to Downend School.

The open-bus tour took Jones from her childhood home in Downend, through the streets where she grew up and into Bristol city centre.

A civic reception was held in Jones' honour at City Hall in Bristol.