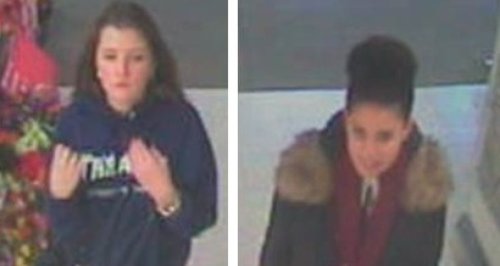 Avon and Somerset Police say they need to indentify two women who might be able to help a robbery investigation.

Two women were at a man’s flat on William Street, St Paul’s, when they attempted to let another person in. The victim stopped them at which point he was threatened with a knife, assaulted and took his mobile phone and laptop before leaving.

After the assault the victim went to hospital where he received stitches for his injuries.

An investigation has begun and CCTV enquiries have identified two women who we believe might have information which could help us.

These women, or anyone who recognises him, should contact Avon and Somerset Police on 101 and quote 121580/13. Alternatively, phone the independent charity Crimestoppers on 0800 555111. They never ask your name or trace your call.