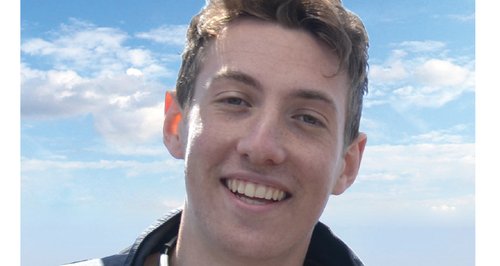 Friends and acquaintances of Ben Pocock, the Keynsham student who was killed in the Malaysian MH17 air crash over Ukraine on July 17, are being invited to attend his funeral.

It will be held at 11am on Monday December 1 at St John’s Church in Keynsham, followed by a private family cremation service.

Ben’s parents Jeremy and Louise have released a new photo of their son (above). They said:

“The last four months has been a desperate and sad time for us as a family but we are relieved to have been able to bring Ben home and accord him all the love and respect he deserves.”

Ben, who was a pupil at St John’s Primary School and Wellsway Secondary School, was on his way to Australia for a placement at the University of Western Australia (UWA) in Perth for six months. He studied International Business at Loughborough University and was on track to secure a ‘first’. As he was doing well in his studies he won a bursary to help with his travel costs to Australia.

“Although we have had a very hard time as a family we are very conscious that there are still nine passengers from the flight that have not yet been identified. Our hearts are with their families and we hope they soon receive the news they are desperately waiting for. The forthcoming funeral is about Ben but we will also wish to remember all the other 297 victims of MH17, especially the 80 children and numerous young adults. They did not deserve to die in such brutal circumstances. We would like to pay tribute to the local community for the support we have received.”