Green Capital Bringing More Than £2m Of Grants To Bristol 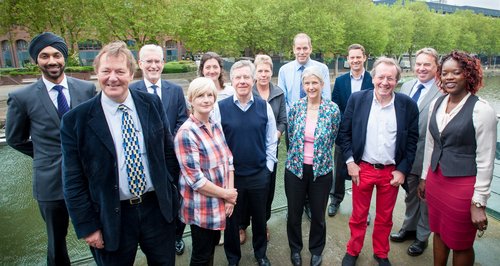 The new company behind Bristol’s year as European Green Capital in 2015, has announced the first in a series of grant funding streams, collectively worth £2million, to support and enhance sustainable living in the city.

The ‘Bristol 2015 Neighbourhood Partnerships Fund’, worth £250,000, is the first of three grant-funding streams to be announced this summer and presents an opportunity for every neighbourhood in the city to play an active part in identifying and delivering projects for Bristol’s European Green Capital year.

“One of the reasons that Bristol won the European Green Capital bid was its commitment to sustainability at a grass-roots level. This fund will allow communities and neighbourhoods to build on the great work that is already happening, by enabling exciting new initiatives and projects that will ultimately help make Bristol a happier, healthier city.”

Further information can be found at www.bristol2015.co.uk or by emailing neighbourhood.partnerships@bristol.gov.uk

This £250,000 initiative is the first announcement from the newly formed Bristol 2015 Company.  July will see the launch of the Bristol 2015 Small Grants Fund, offering a further £250k towards supporting citywide or multi-neighbourhood projects. Bristol 2015 Ltd will also launch approximately £1.5m of additional funding in August for larger strategic grants of £25K to £50K.  The Bristol 2015 Highlights will be shared in September 2014.

“The commitment of £2million in grant funding provides a huge opportunity for Bristol communities, neighbourhoods, organisations and businesses, as the city prepares to take on its title as European Green Capital. As Mayor and member of the Bristol 2015 Ltd board, I am determined that all Bristol's communities and diverse cultures reap the benefits of the environmental initiatives and increased attention and funding that the city is to receive next year."

The Bristol 2015 Company has a board of independent directors {pictured above} responsible for its governance and direction. Led by Andrew Garrad, the board has thirteen members, including Bristol’s Mayor George Ferguson. The CEO of Bristol 2015 Ltd is Kris Donaldson, former CEO of the Liverpool Culture Company.

Bristol is the first UK city to win this prestigious award.