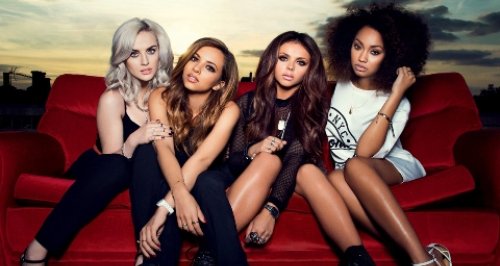 Pop sensations Little Mix are the latest act to announce their participation in the Forestry Commission's Forest Live concert calendar where bands perform in spectacular woodland locations around the country each summer.

Since Little Mix were crowned the 2011 winners of The X Factor, band members Perrie Edwards, Jesy Nelson, Leigh-Anne Pinnock and Jade Thirwall have experienced a meteoric rise in success both in the UK and across the globe.

The band's platinum-selling album, 'DNA', became the highest debut ever for a British female group's first album in the U.S. charts, entering at Number 4 and eclipsing a sixteen-year-old record previously held by the Spice Girls 'Spice' album. 'DNA' was also certified gold in Australia, and Top 5 in Japan and Little Mix now have over 5 million Facebook and Twitter fans respectively.

Hit single 'Move' took the UK by storm selling over 130,000 copies within the first three weeks of its release and TMS, the co-writers behind smash hit singles 'Wings' and 'DNA' from their debut album, have once again combined with the band for the powerful new single 'Little Me'.

Little Mix have also recorded this year's Sport Relief single helping with the fundraising efforts by releasing a cover of Cameo's 1986 single 'Word Up'.

Forest Live is an independent programme organised by the Forestry Commission, bringing music to new audiences without commercial branding or sponsorship. Income generated from ticket sales is spent on improving and protecting this internationally important tree collection. With everything required for a great night out, including full catering and bar facilities, the concerts are renowned for their relaxed atmosphere.

Commenting on the show, Perrie Edwards for Little Mix said, ''We're really excited to be performing at Westonbirt Arboretum this summer and can't wait to see all our Mixers in the crowd.''