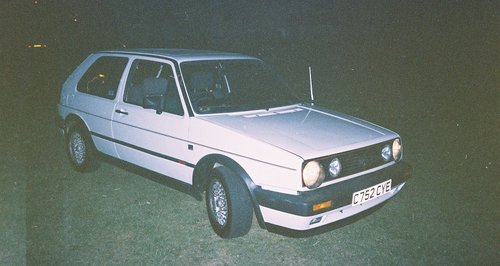 Detectives investigating the murder of the Bath woman Melanie Hall have issued a new appeal for information about a second car they believe may be important to their inquiry.

Police revealed they want to talk to anyone who owned or had in their possession, however briefly, a white VW Golf GTi hardtop, registration number C752 CYE, between the beginning of April 1996 to August 7 1996 when the car was once again registered with the DVLA.

Officers are particularly keen to talk to anyone to may have owned the Golf, or have information about its whereabouts during that time, with connections to Cardiff and the Pentwyn area, a district north-east of the city centre. It is believed they may have crucial information that could help the  investigation.

'We are very interested in this car and its possible connection to Melanie’s disappearance, and we are appealing for anyone with knowledge of it to contact us, even after all these years.'

In October 2013, murder detectives asked for information about another white VW Golf GTi, a soft-top Cabriolet that they had recovered. Det Supt Courtiour said his team was still investigating whether that car is relevant to the inquiry. They are also still carrying out forensic tests on blue rope they have recovered, similar to that used to bind Melanie’s body.

Det Supt Courtiour said: “Our work into Melanie’s murder remains very much active and positive. We are following up a number of leads, of which this missing Golf GTi could be very important.”

UPDATE: Police say they're encouraged by the public response they received following an appeal for information last night.

Detective Superintendent Mike Courtiour, leading the inquiry, said: "We had a reasonable number of calls that are of interest to us and which warrant  further investigation.'

Anyone with any information is asked to cvall 101 and ask for the Operation Denmark ncident room, or ring the incident room direct on 01179 455 808. Alternatively you can contact Crimestoppers on 0800 555 111.

A 44-year-old Bath man has been arrested on suspicion of Melanie’s murder and has been bailed until April pending further inquiries.