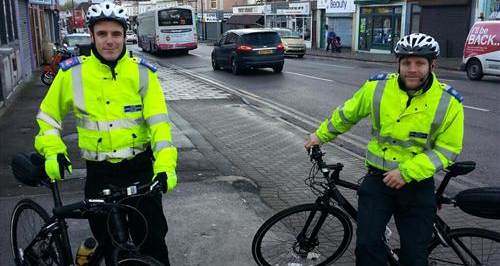 The neighbourhood team in Bristol city centre have added a new dimension to their scheme aimed at educating cyclists and motorists on how to use the road more safely.

'Within the first three days of carrying out the operation it became clear that there are a lot of people riding bikes in the dark with no lights. Not only is this illegal, it is highly dangerous. One day we stopped over 60 cyclists during a two hour period for not having lights on different roads in the city.

'To encourage people to buy proper lights for their bikes and to make the roads safer, we're now giving out tickets and fines. Normally, you face an automatic £50 fine if we stop you riding with no lights on your bike. However, as a trial in the city centre, you can avoid paying that fine by coming to The Bridewell station with your bike, with proper lights fitted, within 7 days of the ticket being issued.'

Anyone who is issued a fine for riding without lights in Bristol city centre during the pilot scheme can come to The Bridewell on a Monday between 9am and 12pm, or a Friday between 5pm and 8pm.

The enquiry office staff will check the details of your ticket and that your bike lights are working properly and if satisfied, will cancel your ticket. 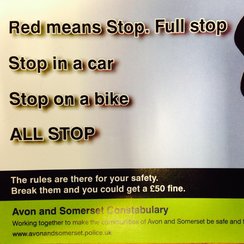 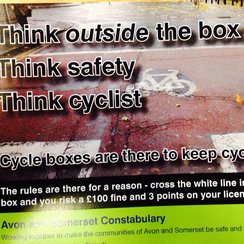