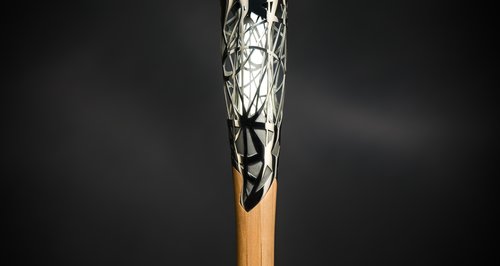 Bristol is going to be part of the Queen's Baton Relay in the run up to the Commonwealth Games in Glasgow, which start on July 23rd.

The baton will make its first appearance in England in Manchester on Saturday May 31st as it embarks on a two-week journey across the nation, encouraging public support for Team England and celebrating sport as it goes.

The Queen's Baton Relay is the curtain-raiser to the Games. By the time of its arrival in England the baton will have visited 68 nations and territories and covered almost a third of the world's population.

The baton contains a message from the Queen to the Commonwealth that will be read out at the Opening Ceremony of the Glasgow Games. Its visit to England is the last international leg of the relay before the baton reaches Scotland.

Each English venue hosting a day with the baton will organise a series of public events, to celebrate sport and rouse support for the team.

At each event, there will be a small number of batonbearers, specially chosen for their contribution to sport in the local community. More information about the batonbearers at each event will be announced in the Spring.

Commonwealth Games England President Dame Kelly Holmes who won Gold in Manchester in 2002 said: ''The Baton is a great symbol of the Commonwealth Games and wherever you are, its arrival is a cue to play your part in supporting Team England's success at the Games.

''The Manchester 2002 Games helped me achieve so much in my career and I'm urging the English public to back the Team this summer. The relay is a great chance to get behind Team England and an opportunity to have a go at some of the sports that will be available to try at the Glasgow 2014 Queen's Baton Relay events.''

Sport England Chair, Nick Bitel, said: ''We're proud to be supporting the relay on its journey through England, bringing the magic of the Games to communities across the country. With the excitement building for the Glasgow Games, the Queen's Baton Relay is a fantastic opportunity for people to get out and show their support for Team England.''