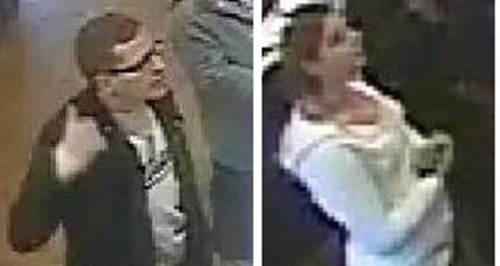 An investigation has begun after a woman was the victim of religiously/racially-aggravated harassment in Bristol.

The incident took place on Friday March 7, 2014 at the Burger King on St Phillips Causeway.

The victim, a woman in her 20s, had attended the restaurant after taking her cat to the vet. After first checking with restaurant staff that she could take her pet in with her, the victim went in and started queuing for food.

A man in front of her then started abusing her, making derogatory comments, including about how she was dressed – and trying to take the cat out of its box. Two other women, who were not with this man, also became involved making comments.

The victim, who has learning difficulties, was extremely upset by the incident and left in tears. She was taken home by the manager of the restaurant.

The abuse has been reported to police and they are conducting enquiries to identify the people responsible. They've identified three people who might have information which can help us and are appealing for them to get in touch.

DC Amber Redman said: ''This abuse was unprovoked, unnecessary and unkind and left an already vulnerable woman feeling isolated and fearful of leaving her home. We are looking into this and I am appealing to anyone who thinks they might be able to help us to give us a call.''

Anyone who witnessed the incident or recognises the man and women pictured should contact Avon and Somerset Police on 101 and quote 23157/14.