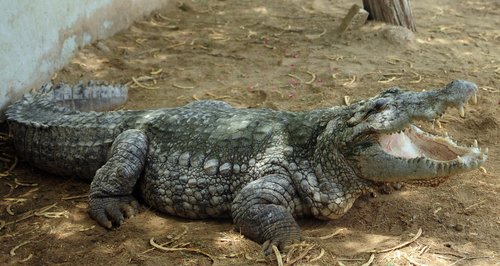 On Monday a Police Officer was flagged down after a bus driver claimed he had seen a crocodile on the loose in Bristol.

After a 6ft long crocodile was reported to be on the run in Bristol, Police have been on alert.

Nick Gargan, the Chief Constable of Avon and Somerset Police said the reptile had been spotted under Coronation Bridge in Bristol.

When asked by one Twitter user whether there was a crocodile on the loose, Gargan replied: "It may mean precisely that, madam. No need to stay indoors - but you may want to think twice before you go water-skiing."

On Tuesday Heart Breakfast spoke to Dr. Adam Britton, a crocodile expert based in Darwin, northern Australia who also studied at the University of Bristol.

A Crocodile in Bristol - Call With an Expert

And here are some tweets from you guys in the West Country about the croc!