Weather: Travel Disruption Across The West 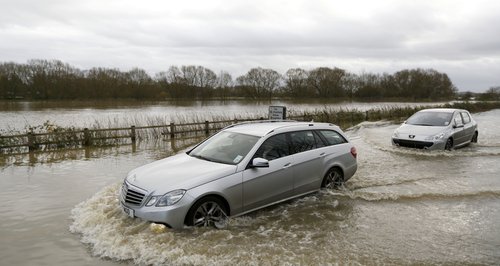 Another wet and windy night across the West Country has left many roads flooded.

Here are the latest detail at 1000 on Christmas Eve:

Around 100 passengers spent Monday night stuck on a train at Taunton because of flooding on the line to Exeter.

First Great Western say they are assessing closed routes this morning - they've also lifted ticket restrictions on all routes so you can travel on earlier or later services when they get going.

Network Rail say trains between Swindon and Bath Spa may be delayed by up to 30 minutes because of flooding.

It was a busy night for the Devon and Somerset Fire service - they were called to 250 weather-related incidents including flooded properties and rescuing motorists from flood water.

We still have a number of flood warnings in place around the West - including  Curry Moor and Hay Moor - the River Avon from Twerton in Bath to Bristol, the River Brue from Lovington to Highbridge, and the River Tone from Bathpool to Ham