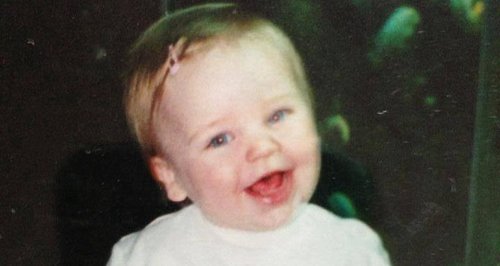 'It was just like one long nightmare without a happy ending' is how Louise begins her story. Read on to hear her tragic story and find out how you can support.

'It was just like one long nightmare without a happy ending' is how Louise begins her story; ‘but the staff at Bristol’s Children’s Hospital, every single person there, from the doctors and nurses, to the cleaners and the cooks, everybody, helped make life that bit easier, even in our darkest hour. And I can’t thank them enough.’
Louise lost her daughter Olivia in 2001. She was just 2 years old.  Olivia lost her battle against an aggressive brain tumour after 14 months of gruelling treatment. It's something every parent, every family, everybody dreads.
What happens next can become a blur of diagnosis, treatments, next steps, and terminologies that can leave your mind whirling. That's when the incredible staff at Bristol Children's hospital kick in. And that's why we're doing Make Some Noise on Thursday 9th October.
It's the extra stuff, the things that you don't think about that help so many people. The toys to keep the kids amused while they endure gruelling chemo. A place to stay for the parents to be near their kids.
That's why Heart's Julian Jones will be taking on a huge challenge for Make Some Noise. To cycle non-stop for 9 hours (7am-4pm), be part of a team to cycle the distance of Land's End to John O'Groats. Joined along the way by Olivia's aunt Claire, who saw first hand what incredible work the Bristol Children's Hospital do.
Money raised from Make Some Noise WILL change people's lives across the UK at Bristol's Children's Hospital and Children's Hospice South West here in the West Country.
Please sponsor Julian, It's quite some cycle ride! Click here to dig deep and donate