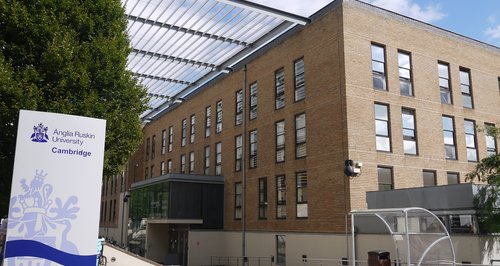 The huge Russian Railways company is to have managers trained by Anglia Ruskin University.

The university, which has a campus in Cambridge, will provide management training at the railway company's own corporate university outside Moscow.

Russian Railways has a million staff and is among the country's biggest employers.

The rail firm's president, Vladimir Yakunin, said the training was part of entering the "global transport market" and "the world is changing rapidly, and the best business practices are produced in close co-operation with reputable academic schools and experts in the field of knowledge management".

The state-owned firm carries 1.3 billion passengers each year and operates across 11 time zones, linking Siberia and the far eastern territories with cities in Europe such as St Petersburg and Moscow.

Services include running from Vladivostok on the Pacific coast to Kaliningrad on the Baltic coast.

The rail company, which grew out of railway building under the tsars and then under Soviet control, has been pursuing a policy of reform and attempts to improve efficiency and increase international co-operation.

Staff from Anglia Ruskin are going to start working with senior executives at Russian Railways in areas such as risk management and project management.

This will be delivered in English with simultaneous translations.

There will then be wider training for managers in Russian, using the railway company's own university staff.

It is expected that there will be training for 25,000 staff over three years.

The deal signed by the university is in partnership with a Cambridge-based education consultancy, Knowledge Associates.

Jon Bouffler at Anglia Ruskin told Heart: "This is a truly collaborative international project, working in virtual team spaces, across cultures and languages, co-creating learning materials which draw on the best knowledge and practices of all partners to deliver highly innovative work-based learning."