Armed robbers threatened staff at a Cambridge bookmakers with a handgun and machete.

One ordered two customers to lie on the floor while the other man demanded a member of staff hand over cash from the till.

They then ran off with an undisclosed amount of money, but no-one was hurt.

Detectives have released CCTV images of the robbery in a bid to identify the offenders. 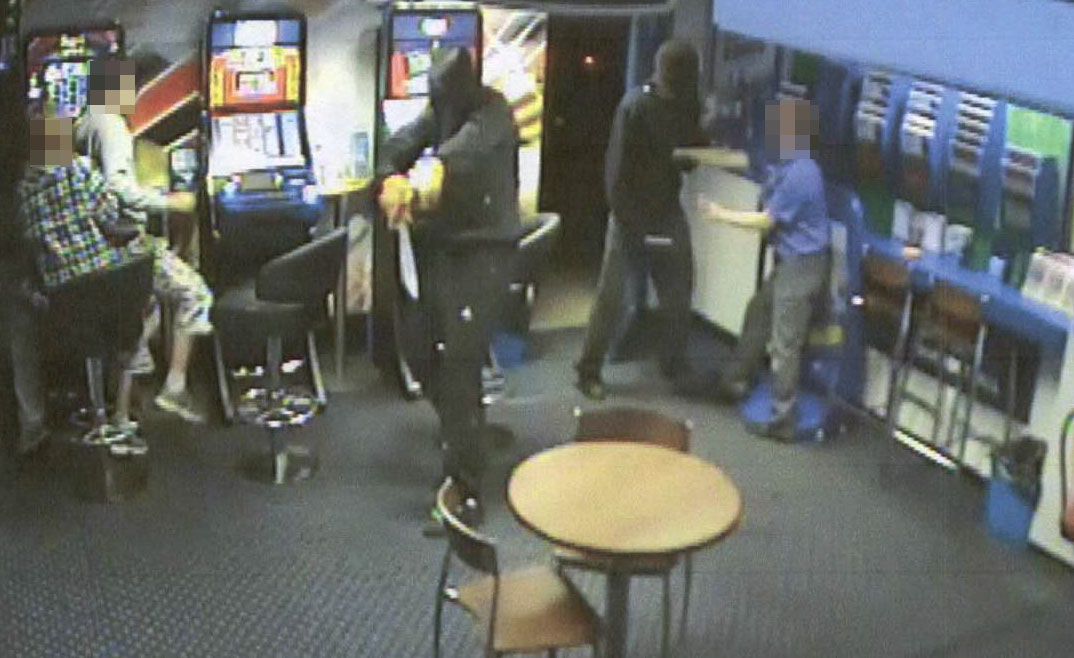 PC Dave Hall, investigating, said: "This was a terrifying incident for the members of staff and customers who were in fear for their life.

"We are keen to speak to anyone who has any information about the robbery and also need to trace the two customers who were in the shop as they could be key witnesses."