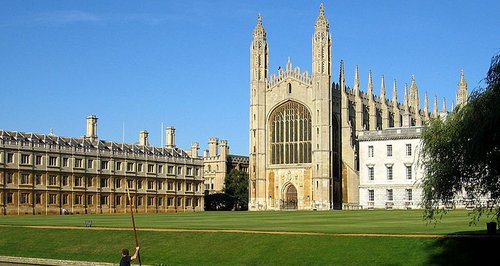 Cambridge University has been named the best university in the UK.

Cambridge has finished top of The Times and The Sunday Times annual league table.

The institution came ahead of Oxford in the Good University Guide 2014.

The reasons for the win include a better rate of graduate employment and higher levels of satisfaction.

Alastair McCall, one of the manual's editors, said: "They finished top, but by only a solitary point.

I think it's the closest finish we've had to a Times or Sunday Times league table.

The triumph over Oxford will help make up for Cambridge's defeat in this year's boat race by their varsity rivals.

Meanwhile Birmingham was named University of The Year in the guide.

The institution rose eight places this year, finishing 16th nationally in the rankings.

Mr McCall said: "They made 1,000 unconditional offers to students this summer just gone, to recruit the brightest in the country.

It was quite innovative.

Only Oxford and Cambridge had gone down this road before, of making unconditional offers en masse."