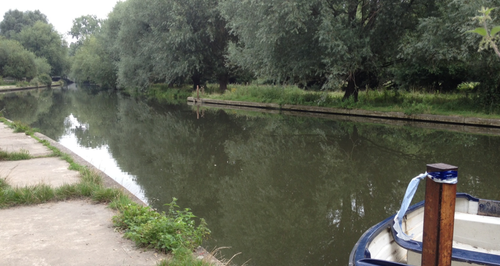 Cambridgeshire Police have confirmed that the body of a boy has been found in the River Cam in Cambridge.

It followed reports that a 12 year old fell into the river near the Fen Causeway in Cambridge at around 6:30pm yesterday (Tuesday).

Twitter users posted messages claiming to have seen a large emergency service presence in the Fen Causeway area, and the Police helicopter in the air.

One witness told the Cambridge News: "The police helicopter was up and the firefighters were everywhere. 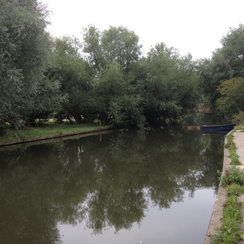 They were going up and down the river looking for a child.

We heard that four boys had gone into the river but only three came out and one didn't.''

A spokesperson for Cambridgeshire Fire and Rescue Service has told Heart three crews were sent to assist paramedics at that time.

The East of England Ambulance Service sent a Hazardous Area Response Team, Ambulance, Response Car and a medical team from the East Anglian Air Ambulance to the scene by a response car.

The search was stood down at around 9:45pm, before the body of the boy was discovered at around 3am this morning. 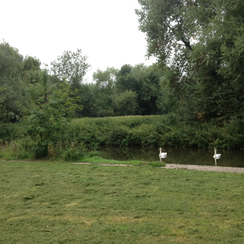 Inspector Kate Scott from Cambridgeshire Police said: "Last night, police were notified that a 12 year old boy had gone into the river at Lamas Land, at the Fen Causeway, and not-resurfaced.

Emergency services attended and recovered the body of the boy who was deceased from the water, at about 0300 hours this morning."

A spokesperson for Cambridgeshire Police added that the death is not being treated as suspicious, and the file will be passed to the coroner. 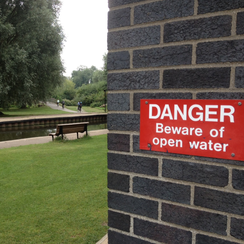 The fire service was called by the ambulance service following reports that a 12-year-old boy had entered the water.

Specialist in-water trained firefighters began a search of the water starting at Fen Causeway and heading about 200m upstream.

Tethered swimmers and rescue sleds were used by the fire service, which was aided by other emergency services and a police helicopter.

At 9.10pm the fire service handed the search and rescue operation to Sparten.

All crews returned to their stations by 9.35pm."

The 12-year-old has been named locally as Andy Collings. 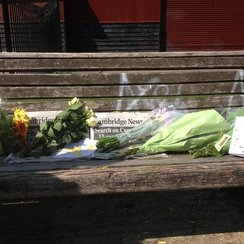 When the time is right, we will be speaking to his family and students at the school to find a suitable way of remembering him."

Donna and Andrew Frost, whose son Charlie had been playing with Andy earlier in the evening, said they were devastated.

Mrs Frost said:"Apparently two or three others jumped in but couldn't save him. 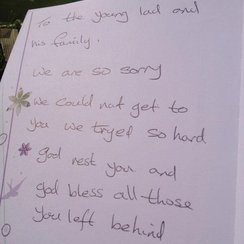 Charlie feels terrible because he had been playing with him but came home for his tea.

He thinks if he'd stayed he may have been able to save him but perhaps he would have got in trouble himself.

Kids always jump in the river here but it's not dredged and there are no life rings.

We're all cut up about it, he was such lovely lad.''