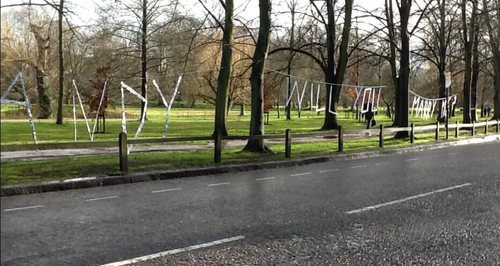 Somebody has created their own unique marriage proposal, by placing large letters on the backs along the River Cam in Cambridge.

The sign, which spells 'Andy Will You Marry Me', was spotted on Queen's Road this morning.

A campaign has started on Twitter using #FindAndy to work out who created the proposal, and of course to find out if Andy said yes!