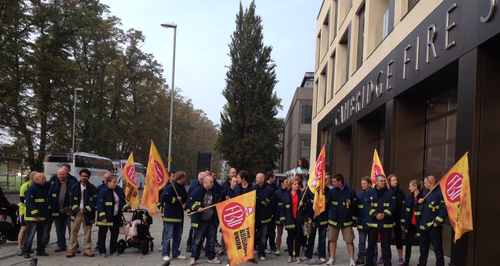 Firefighters in Cambridgeshire are joining those across the country on strike today.

Members of the Fire Brigades Union are walking out between 12pm and 4pm, in a dispute over pension changes, which mean they'll have to work longer.

In Cambridgeshire, picket lines have been set up outside fire stations in Cambridge, Peterborough, Ely, Huntingdon and St Neots.

Firefighters could not be more serious about protecting public safety and ensuring fair pensions.

Governments in Westminster and Cardiff have simply refused to see sense on these issues.

It is ludicrous to expect firefighters to fight fires and rescue families in their late-50s: the lives of the general public and firefighters themselves will be endangered. 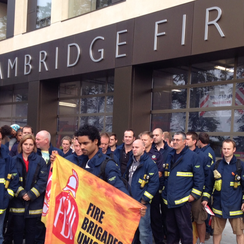 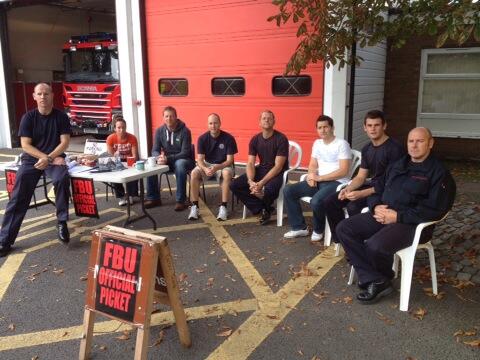 None of us want a strike, but we cannot compromise on public and firefighter safety.''

Ministers have described the industrial action as 'unnecessary and avoidable'.

Cambridgeshire Fire and Rescue Service says it has contingency plans in place to ensure it can still attend 999 calls.

However the organisation has also admitted these back-up plans will not match regular cover.

These include members of the management team crewing fire engines.

The Service has released a 'Be Safe, Be Slower, Be Vigilant' checklist, appealing for the public to take extra precautions against fires during the strike.

Smoke detection - Ensure you have smoke alarms in place and have practised what you would do in case of a fire.

All measures have been taken to minimise the chance of a fire.

Fire doors are kept clear and are unlocked.

Training - Staff know what to do in case of a fire.

You have one person in the building who takes overall responsibility for fire safety.

Chris Strickland from Cambridgeshire Fire and Rescue Service said:"We would like to reassure members of the public that we will still be able to attend 999 calls, where a person’s life is at risk, including house fires, road traffic collisions and vehicle fires. 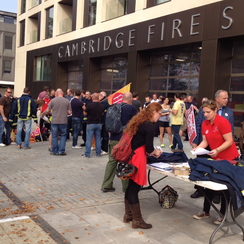 These plans will not match the Service’s normal day-to-day cover, but will be enough to ensure that life-threatening incidents, such as house fires, road traffic collisions and vehicle fires receive a 999 response.

We will attend using fully trained fire and rescue service officers to crew our fire engines.

By following this checklist, businesses and other non-residential premises can greatly assist us by reducing their chances of dialling 999."