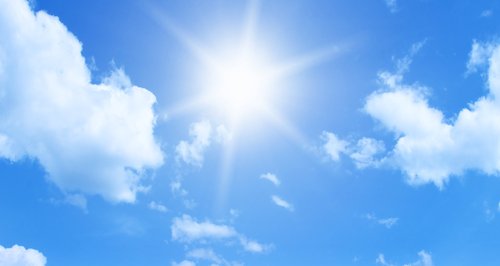 The Met Office has issued a warning, as temperatures are expected to reach almost 30 degrees in Cambridgeshire this weekend.

The Met Office have told Heart they expect Saturday to be the hottest day of the year so far for Cambridgeshire, with temperatures reaching 29°C .

The organisation has issued a warning that the heatwave could cause a significant impact on health.

A Level 2 Heat Health Alert has been issued by the Met Office for parts of England, including the East.

A spokesman for Public Health England (PHE) said: "Level 2 alerts are triggered as soon as the Met Office forecasts that there is a 60% chance of temperatures being high enough on at least two consecutive days to have a significant effect on health.

This will normally happen two to three days before a heatwave is expected to occur.

As most deaths occur in the first two days, this is an important stage at which to ensure readiness and swift action to reduce harm from a potential heatwave.''

The East of England Ambulance Service is echoing the warning.

Last weekend during a similar warm spell, around 5,000 emergency calls were made to the Service.

That is around 1,000 more than a fortnight earlier during cooler temperatures.

John Martin, acting Director of Clinical Quality said that the effects of the hot weather include dehydration, overheating, heat exhaustion and heat stroke.

"We see some quite shocking examples of people just not looking after themselves or each other in the sunshine and it can easily be done.

During the warm weather we have already had calls from people who have simply stayed out in the sun too long.

A little forward planning can really help and by taking a few easy steps such as, making sure you cover up and put sun cream on 20 minutes before you go out into the sun, you can ensure that you enjoy your weekend."

These are simple tips from NHS choices which everyone can follow to ensure they make the best of the weather:

Shut windows and pull down the shades when it is hotter outside. If it's safe, open them for ventilation when it is cooler.

Keep rooms cool by using shades or reflective material outside the windows. If this isn't possible, use light-coloured curtains and keep them closed (metallic blinds and dark curtains can make the room hotter).

Have cool baths or showers, and splash yourself with cool water.

Drink cold drinks regularly, such as water and fruit juice.

Stay tuned to the weather forecast on the radio or TV, or at the Met Office website.

Plan ahead to make sure you have enough supplies, such as food, water and any medications you need.

Identify the coolest room in the house so you know where to go to keep cool.

Wear loose, cool clothing, and a hat if you go outdoors.

Check up on friends, relatives and neighbours who may be less able to look after themselves.