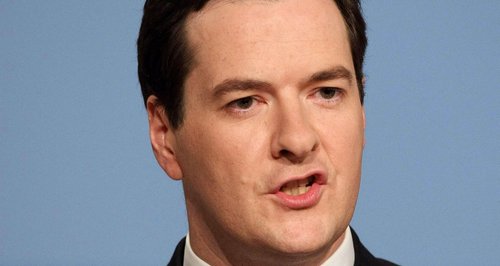 The Chancellor George Osbourne has announced his review of spending across the government.

The speech today (Wednesday) set out how the government will spend money from 2015.

The Spending Review is designed to make savings across the government of £11.5 billion.

The review contained big cuts in government departmental budgets of up to ten percent.

There will be a reduction in the number of civilian staff at the Ministry of Defence.

180 new free schools will be built across the country from 2015.

A £100 billion investment in major road and rail projects, thought to include an upgrade of the A14, was also announced.

Specific details about the nature of these projects will be confirmed tomorrow (Thursday).

Councils across the East of England have pledged to fund £100 million of the £1.5 billion cost to upgrade the A14, if the government commits to the rest of the funding.

Cambridgeshire County Council Leader Martin Curtis, said: "The increase in transport capital spending announced by the Chancellor today is welcome, but we won't be celebrating until we have confirmation that the A14 is included within that package.

However, if the major A14 improvements are to come forward then this will be a result of the hard work of my council, and all our local partners, who have campaigned so long and hard for this. It will be good news for Cambridgeshire, the wider region and the whole country.

Chief Exec of the Cambridgeshire Chambers of Commerce, John Bridge, said: "I very much hope that we hear an announcement about the A14 tomorrow.

What we want is absolute certainty, a concrete commitment, that this upgrade will happen.

However I think we may get lots of political speak and lots of high level commitment, but not a real promise that the money is fully committed to that scheme."

Cambridgeshire County Council, currently the worst funded local authority in the country for schools, has welcomed an annoucement within the Spending Review of a reform to school funding, to ensure equal distribution across the country.

Headteachers and MPs in Cambridgeshire have been campaigning for years to secure a fairer system of funding so  schoolchildren do not lose out.

The Cambridgeshire Schools Forum, chaired by Bottisham Village College Chair of Governors Philip Hodgson, has been leading the campaign, supported by Cambridgeshire County Council, academies and maintained schools and the region’s MPs.

Councillor David Harty, Cambridgeshire County Council’s Cabinet Member for Education and Learning said: "We are delighted that the continuing lobbying of the Cambridgeshire Schools' Forum, County Councillors and local MPs has finally resulted in a firm commitment to address the low funding issues that have faced Cambridgeshire’s schools for far too long.

Although we recognise there is still a long way to go for complete equity across the country, the move to introduce a national funding formula from 2015/16 provides some light at the end of the tunnel."

Philip Hodgson, Chair of the Cambridgeshire Schools’ Forum added: "This is very welcome news, and we are extremely grateful for support we have had from headteachers, governors and parents.

Obviously we will need to wait until further details are announced over the coming months as to exactly how these changes are to be implemented and the resulting impact for individual schools, but we will continue to lobby ministers and work with the Department for Education to try and achieve the best outcomes for Cambridgeshire’s schools."