Cambridgeshire And Peterborough CCG Accused Of 'Failing' Those Wanting A Baby

The National Infertility Awareness Campaign (NIAC) has condemned the decision by Cambridgeshire and Peterborough Clinical Comissioning Group, to reduce the number of NHS funded cycles of IVF it offers to couples struggling to conceive from three to two.

The NIAC say 'This is a prime example of how the commissioning system is failing to protect patients who have a fertility problem. NIAC urges policy makers to sit up and take notice before it is too late and patients in the region are unfairly subjected to a lower standard of treatment than that recommended by the national body NICE.'

Susan Seenan, co-chair of the National Infertility Awareness Campaign (NIAC) said: "NICE originally recommended 3 full cycles back in 2004; it is clear that 3 cycles is what is expected nationally and it has been proven to be the most clinically and cost effective number for commissioners to offer on the NHS. Indeed Gillian Leng, deputy chief executive of NICE, has recently confirmed that CCGs which don't follow the guidance are exacerbating the problem of variation in care, which contradicts the fundamental aims of the NHS.

"Infertility doesn't discriminate, and neither should the CCGs.  We would urge them all to take heed of the guidance issued by NICE and reverse these decisions to ensure that access to fertility treatment is fair and equitable right across the country." 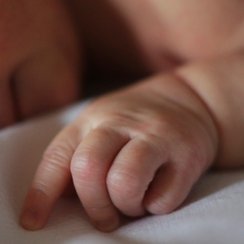 But the Cambridgeshire and Peterborough Clinical Commissioning Group (CCG) have released a statement, saying:

New NICE guidance (CG156) published in January 2013, and the fact that regional fertility services contracts are due to be renewed, led to all East of England CCGs being asked to reconsider their access policy to these services.

The CCG approach was to adopt as much of the new NICE guidance as possible whilst providing a service that is financially sustainable. NICE guidance uses the most up to date evidence available to guide local policy but is not binding on CCGs.

Changes to the service include:
o An extension of the female age range from 40 to 42 (where patients in this new age range will receive 1 cycle of IVF) - as recommended by NICE.
o A reduction in the number of fresh treatment cycles offered to 2 cycles from the current provision of 3 cycles. There is clinical evidence showing that success rates diminish with each failed attempt, and we will therefore be directing our resources towards those with the highest chances of success. Nationally over 60% of CCGs only offer 1 or 2 cycles, so our patient population will not be put at a significant disadvantage compared with most others.
o The waiting time before entering an IVF treatment system will remain at 3 years (NICE recommends it is dropped to 2 years). The CCG observes that waiting time cannot be robustly measured, and to implement this recommendation would incur excessive costs to the CCG over a 3 year period.

Patients who have not yet been referred will be advised of the new policy via their healthcare professional (this would include referring GPs or secondary care referrers depending on what stage the patient had reached) in order to manage their expectations.'