An annual study on the UK's cities has been released this morning, but what does it say about Cambridge and Peterborough?

Centre For Cities have released their annual report on how the UK's largest cities are doing, and how they are set to fare in the year ahead.

Peterborough has been named the UK's fastest growing city by population.

Cambridge was named as the top city for the lowest number of people claiming Job Seeker's Allowance.

It's also been named number one for the highest rise in house prices over the last year. The study says on average there's been a £35,200 price increase, between 2012-2013.

Peterborough's been ranked 8th for the highest rise in house prices over the last year - prices rose by an average of £5,500. 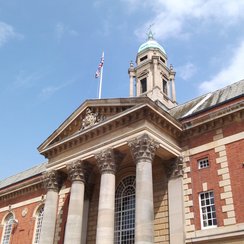 Cambridge has also been ranked number one for the lowest rates of inequality, as well as the city with the highest percentage of high qualifications.