Cambridgeshire: Council Leader To Step Down

Councillor Martin Curtis says he will leave his post, as Leader of Cambridgeshire County Council, in May.

Martin Curtis says he took the leadership role promising not to become embroiled in petty politics and to do the best for the people of Cambridgeshire.

Now, he believes, with changes being made to a new committee system in May, the Council will become embroiled in petty politics, and will no longer focus on protecting vulnerable Cambridgeshire residents from harm.

He says he's proud of what the Council has achieved over the last 12 months though, including,

-  An announcement about a City Deal which is a £1/2b investment in our County.
-  Secured a deal for the A14 upgrade: a £1.5b investment.
-  £20 million extra for fairer funding for schools.
-  Planning permission for a major rail investment (Science Park Station). 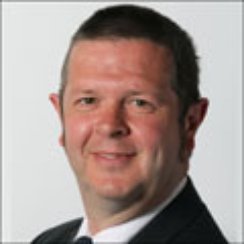 Cllr Curtis says, "This has been the hardest decision I have ever had to make. But I vowed to always do the best for the people of Cambridgeshire, I do not believe my skills rest in dealing with the continuous stream of dogma that is going to get into the way of the direction of this Council that the move to committees will bring.  Evidence of the last few months has shown to me that this is where we are heading.

"Our Councillors need to be absolutely concentrating on the people of Cambridgeshire and the challenges they face. We need to be looking after the most vulnerable, making our roads work better and ensuring people have access to jobs.

"In the last year the Council has achieved billions of pounds of investment that directly benefit the people we serve. I am extremely proud of the massive strides we have taken in solving some of the major problems facing Cambridgeshire and our record stands for itself. But this is about to become bogged down by people more interested in grandstanding or focussing on minor issues that are better dealt with more informally than doing what is best.

"I fear that we are about to rush headlong into a Committee System that will be characterised by petty politics and infighting, with the needs of the people of Cambridgeshire coming a very poor last.

"It would be easy for me to carry on as Leader but I believe we are elected by the people for the people. I cannot, in all conscience, be part of that system and see the massive achievements we have made become lost in a sea of self-serving noise.  I hope that by resigning I can make some of our opposition groups think twice about the lack of strategic focus they have shown over the last ten months and the damage that will do to a County Council with a £500m budget under the committee system.

"You only have to look at the agenda for the next full council meeting to see a glimpse of the future. I cannot be part of a system that is using its most important meetings to eat up time and money discussing video cameras and becoming embroiled in a third debate about flying flags while we have real deprivation and a job to do. The people of Cambridgeshire deserve better of their Council and Councillors and I do not want to watch the good work we have achieved be squandered by people who seem unable to deal with the big strategic issues like reform of social care or delivering an infrastructure that will drive economic growth.

"I cannot praise enough the support the Conservative group and the officers at the Council have given me over the last year, providing me respectively with selfless support and tireless work to deliver for Cambridgeshire.  I will remain Leader until the annual meeting in May and remain a councillor, doing my best for the people of Cambridgeshire and Whittlesey. I will of course fully support the Conservative group and its new Leader."