The East of England Ambulance Service received more than 7,800 emergency 999 calls over the Bank Holiday weekend.

Of these calls, 3794 people were taken to hospital. 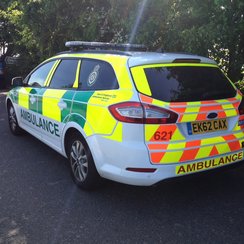 Marcus Bailey, Interim Consultant Paramedic for EEAST, said: "We received a variety of calls over the Bank Holiday including 14 calls for burn related incidents, 57 for cardiac arrests, and 182 calls for suspected strokes.

"The damp weather ensured we didn't receive any calls relating to heat exposure, but we did attend 155 road traffic collision; 27 up on last year, and including a double fatality on the A47. The biggest reason for people calling us was for falls: with almost 2,000 calls being made."