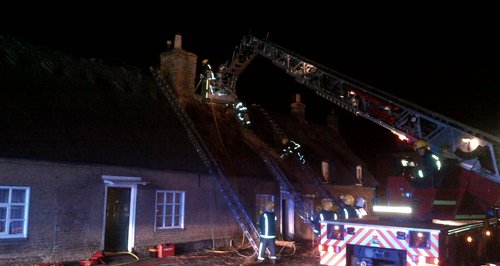 Three thatched houses have been damaged in a fire in Witchford.

No-one was hurt and everyone was out of the houses before the fire brigade arrived.

The cause of the fire is thought to be accidental.