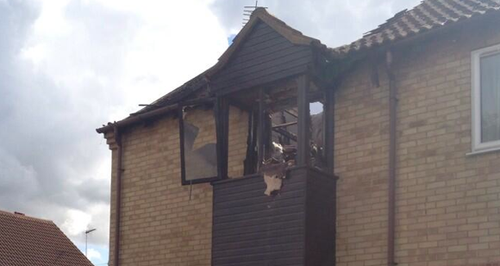 The body of a man has been found following a fire at a house in Littleport in East Cambridgeshire.

Firefighters were called to the property in Kingsmead [pictured] yesterday [Sunday] at around 11:50am.

It took crews around seven hours to put out the fire, and they left the scene by around 7:05pm.

This morning [Monday] it has been confirmed that the body of a man has been discovered inside the property. 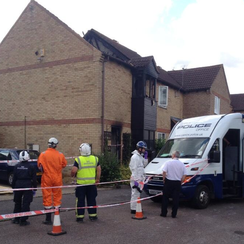 In a statement, Cambridgeshire Police said: "We currently working with the fire service to investigate a fire at a house in Kingsmead, Littleport, at 11.50am yesterday (Sunday).

The body of a man was discovered in the property.

The death is currently being treated as unexplained and investigations will continue this morning."

The cause of the fire has not yet been established.

Forensic officers have been seen entering the property as investigations continue. 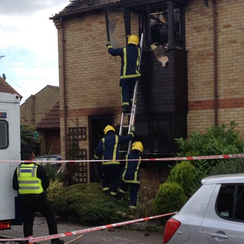 A spokesperson for Cambridgeshire Fire and Rescue Service said: "t 11.50am on Sunday (18) one crew from Littleport and one crew from Ely were called to a house fire in Kingsmead Court, Littleport.

When firefighters arrived they were met with a well developed fire involving both floors of a two-storey property and the roof space.

One crew from Sutton and the Multistar 1+ from Cambridge, which is an aerial appliance, were then called to assist.

Norfolk's Urban Search and Rescue were called to stabilise the building to enable firefighters to continue their operations and put out any remaining hotspots. 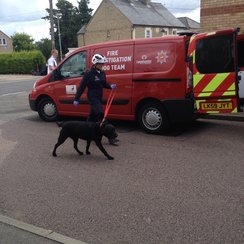 The fire was fully extinguished by 7.05pm.

Crews returned to their stations by 7.25pm.

The body of a man was discovered in the property.

A full investigation is underway into the cause of the fire."

Following the postmortem, the death is not being treated as suspicious and has been passed to the coroner.