Newmarket: Cyclist Hurt After A11 Crash 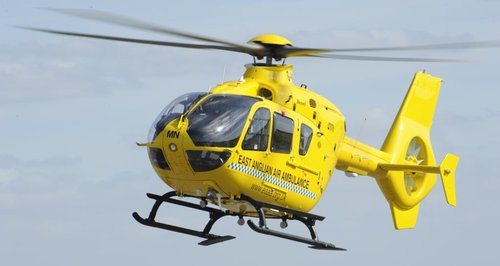 A woman has been seriously hurt in a crash between a car and a tandem bicycle near Newmarket.

Emergency services were called to the A11 at Icklingham yesterday (Sunday) at 3:45pm.

Two people in their 50s had been knocked off the bicycle after a collision with a silver Toyota Avensis.

The Air Ambulance was also called to the scene.

A woman was left with serious head injuries and flow to Addenbrooke's Hospital in Cambridge.

A man was left with minor injuries.

The woman's condition is now described as 'serious but not life threatening'.