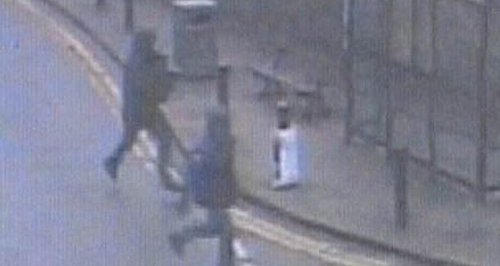 Cambridgeshire Police have released CCTV images of men they want to trace, after a cash box was stolen from a security guard in Soham.

Two men snatched a cash box from a guard outside Lloyds Bank in the market town near Ely on New Year's Eve.

It happened outside the branch in Churchgate Street at around 12:45pm as the guard left the rear of his van.

Two men then ran off towards Fountain Lane, and were seen leaving the area on a yellow and orange motorbike. 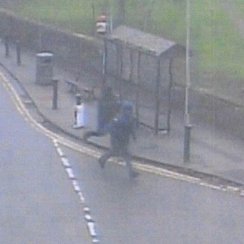 The men were wearing dark clothing.

DC Paul Atkinson said: "There were a number of people in the area at the time of the incident and I would urge anyone who witnessed the robbery to get in touch.

I'm also keen to hear from anyone who recognises the two men or has any information about the motorbike used."

Anyone with information is asked to contact DC Atkinson on 101 or Crimestopppers, anonymously, on 0800 555 111.